As contact sports go, they don't come much tougher than Ice Hockey. With brutal hits and plenty of aggression on display, the team at Top10Casinos.com wanted to discover the most hated teams, most hated fanbases and whether the acts of aggression displayed within the sport, was rubbing off on the fans back home.

Working with professional psychologists, we administered a Buss Perry Aggression Questionnaire and an NHL fan opinion survey to 2,003 Ice Hockey fans based in North America and Canada.

Scroll to see the results 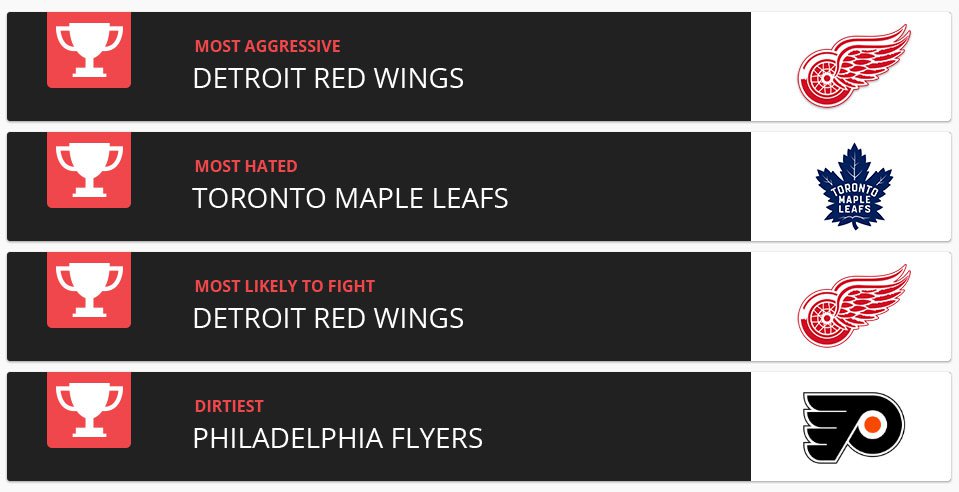 Which Hockey Fans Are the Most Aggressive, Angry and Hostile?

The data found that Detroit Red Wings were the angriest Ice Hockey fans by some margin, coming first for the categories of Physical Aggression and Hostility and third for the category of Anger.

Fans of the Anaheim Ducks and the Winnipeg Jets are also best avoided, with these fanbases placing first and second respectively for the category of Verbal Aggression.

The least aggressive fans were those of the Toronto Maple Leafs, having the lowest scores for Physical and Verbal Aggression and the sixth lowest score for the category of Hostility.

Battle of the Sexes

Breaking down the Aggression Questionnaire results by the demographics of gender and relationship allowed for even more findings.

True to the film, 'Happy Gilmore', divorced men and women were found to be the most 'passionate fans', having the highest levels of aggression across each of the four categories (Physical Aggression, Verbal Aggression, Anger and Hostility) when compared to every other relationship status stated.

Male Ice Hockey fans were found to be most physically aggressive though, with a Physical Aggression score of 0.496 vs 0.490 for female fans.

In short, when fans are allowed back into stadiums, stay away from female NHL fans!

Most Hated NHL Teams and Fanbases

With the most aggressive fan bases now established, we turn to our fan opinion survey results.

Starting with the most hated NHL Teams and their respective supporters, the results found that the Toronto Maple Leafs were the most hated overall, racking up a sizeable 12.1% of all votes.

The Chicago Blackhawks placed in fourth on the most hated list with 8.4% of the vote, while the Vegas Golden Knights came in fifth (6.7% vote share).

Up for a Scrap

With a number of heated rivalries between the various NHL fanbases, we asked respondents to think about the NHL fanbase they hate the most and whether, depending on the result of a game, they'd fight with a member of the opposing teams fanbase.

Overall, 41% of Ice Hockey fans WOULD physically fight with a rival fan over Ice Hockey.

In line with the findings from the Buss Perry Aggression Questionnaire, we found that fans of the Detroit Red Wings were the most up for a fight (62.3% answering yes), followed by fans of the Buffalo Sabres in second (58.9%) and New York Rangers in third (55.2%).

Stinking the Place Out

Our final survey question was quite a personal one, but something which we just had to ask, as it could help explain why some fanbases are more hated than others.

We asked NHL fans about their hygiene habits and in particular, how often they wash per month. Only 44% of NHL fans stated they washed at least once per day, and an alarmingly high 12% stated they only shower or bathe once a MONTH.

The dirtiest fanbases were found to be the Philadelphia flyers, with 35% stating they only wash once per month, followed by Calgary Flames fans and Carolina Hurricanes fans in joint second place (33% admitting to washing just once per month).

Winnipeg Jets fans came in third with 30% only washing once per month, with fourth place occupied by fans of Minnesota Wild (28% washing just once per month).

New York Rangers and New Jersey Devils fans can be proud to be the joint cleanest fans in the NHL, with 69% stating they wash every day. 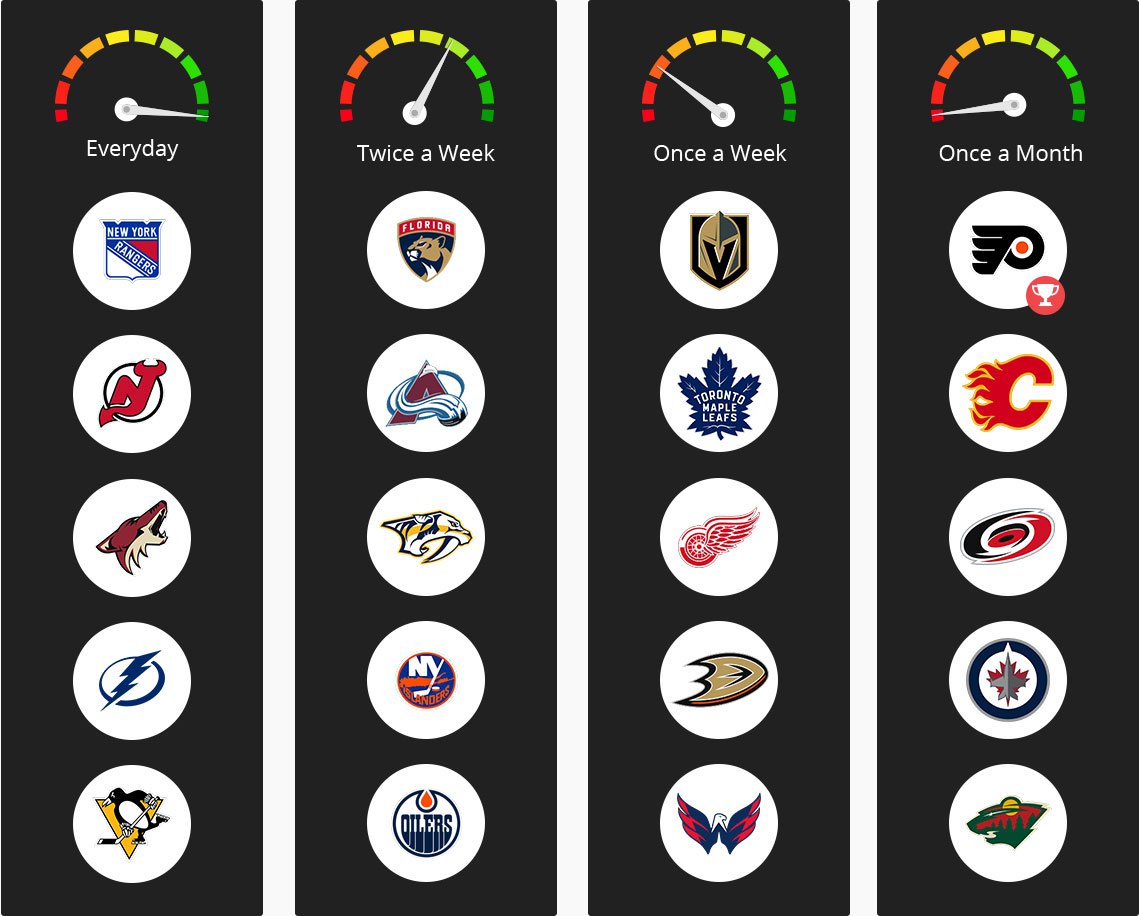 Before the Aggression Questionnaire was administered, survey participants were asked to state which Ice Hockey team they support in the NHL.

A total of 2,003 NHL fans based in either North America or Canada took part in the Aggression Questionnaire and the accompanying fan opinion survey.

The Buss Perry Aggression Questionnaire consists of 29 questions on a five-point Likert scale. Respondents select the statement for each question that ranges from Extremely Uncharacteristic to Extremely Characteristic.

Depending on the user response to each question, for example, Q.17: "I Sometimes feel like a powder keg ready to explode", the more or less aggressive they are deemed to be by the scoring system. The closer to 1 your overall score is, the more aggressive you are found to be.

The questionnaire is split into four aggression sub sections, these being: Physical Aggression, Verbal Aggression, Anger and Hostility.

If you would like to measure your own levels of aggression, there is a free online test available here.

All data and research was conducted by Top10Casinos.com